CSL recently commissioned new gas detectors in a major Dublin Hospital to detect and alarm for a drop in oxygen levels that could result from a leak of Helium gas from their two MRIs.

MRI Scanners use a large magnet and radio waves to produce detailed images of the inside of the body. An MRI machine uses coils of copper wire to produce a magnetic field. To create the strongest possible field, the coils are cooled to near zero degrees to become superconductive. This is accomplished by enclosing the coils in a bath of liquid helium. A sudden increase in helium resulting from a gas leak will quickly lower the oxygen level in the MRI room.

Helium is a colourless and odourless gas. A liquid helium leak in an MRI room, while not likely, is a fundamental cause for concern.

To guard against low oxygen levels, two Crowcon Xgard oxygen sensors and a Gasmaster controller were supplied and commissioned by CSL. The oxygen sensors were mounted in the extract duct. The remote display and audiovisual alarm warn staff if a gas leak occurs and oxygen levels get too low and notify emergency first responders of a gas leak.

CSL supply and service gas detection for hospitals in Dublin, Galway, Limerick and Donegal, to name a few. Visit www.gasdetectors.ie for more information 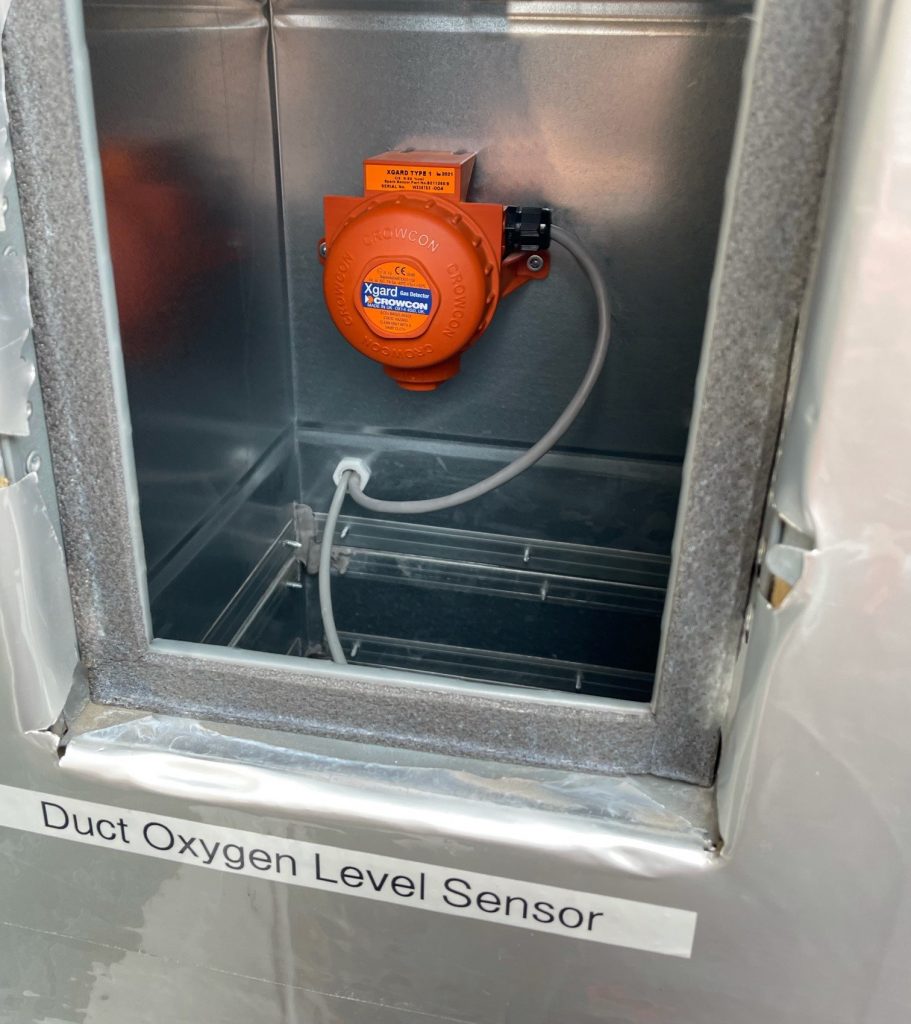